After spending a day in Reading (think Reading Railroad, Monopoly) and a couple days in Gloucester doing work stuff, I had a day and a half to do some 'splorin' (that's a double apostrophe, not single quotes).  I was stationed right outside of an area called the "Cotswolds", which is filled with "cute" little towns.  My wife would have been in heaven.  But since she wasn't with me, I hired a mistress for a few days instead: 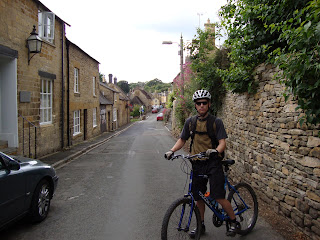 The mistress was a Trek 3 series.  She wasn't much to look at, but she got the job done.
Before the mistress and I headed out to the Cotswolds, we stopped by the local Gloucester cathedral: 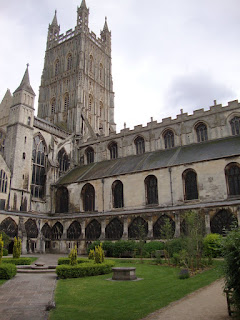 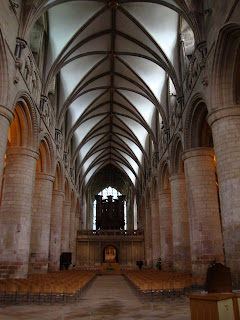 While checking out the interior of the cathedral, one of the choirs was performing.  I recorded part of it, but the recording just doesn't do it justice, so I'm not going to post it here.  Just know that it was good enough that I contemplating becoming a Catholic for a while because of it.
Saturday morning, I headed to the Cotswolds and took the following route (more or less):
View Larger Map

The roads were for the most part quiet, beautiful, narrow, and hilly: 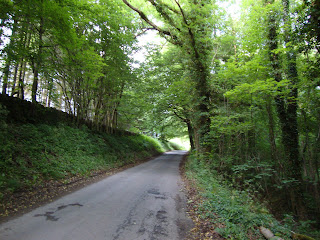 There were also a bunch of equestrian trails that crisscrossed the area: 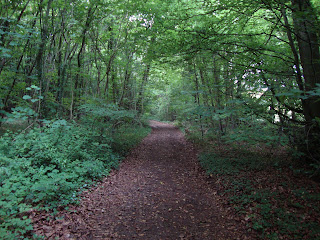 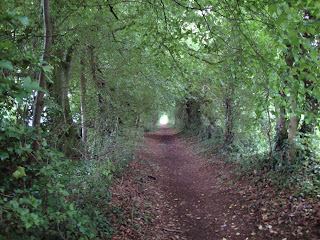 And even some stretches of nice single-track: 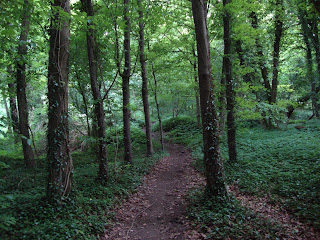 For the most part, I'd just navi-guess my way from town to town using the roads and trails until I'd become good and lost.  Then I'd pull out the GPS on my phone and figure out where I was.  If not for that technological miracle, I'd still be lost out there.  I must have passed through 20+ towns on Saturday, most of which came and went in the blink of an eye.
Other than a few of the more touristy towns that were filled with cars, being in the Cotswolds felt like going back in time a few hundred years.  I felt like Robin Hood in the Sherwood Forest while traversing some of the landscapes and dirt roads: 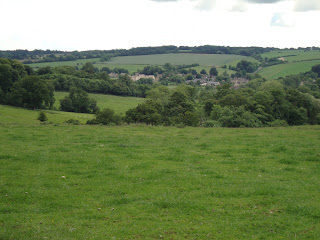 Here are some additional highlights from the journey...
Snowshill - an "edible bundle of cuteness", according to my guidebook: 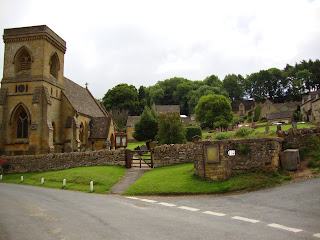 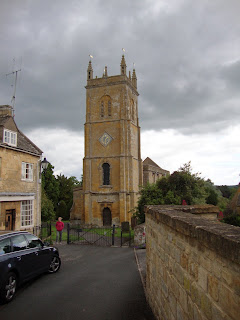 Many people think that J.R.R. Tolkien based his landscapes and drawings on the Cotswold towns.  This door to the cathedral in Stow-on-the-Wold is claimed to have inspired the door into Moria: 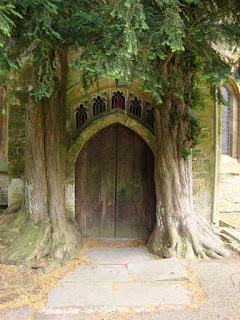 In Stow-on-the-Wold, they know how to work it (the sign says "Beer Garden & children's play area"): 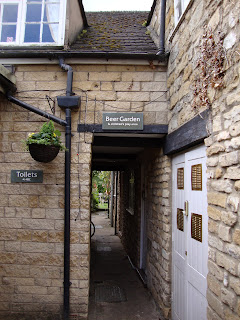 Caught part of the local Cricket game (match?).  I can't figure this game out... 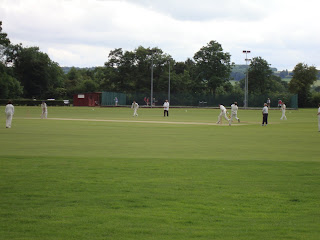 This little old church in Upper Slaughter was my favorite.  No frills.  And I loved the centuries worth of graves stacked on top of each other to the left.  By the way, I'm going to start pushing the local churches to convert the front lawns into cemeteries.  I think they add a nice touch. 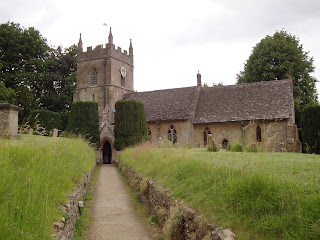 Some houses down the hill from the church in Upper Slaughter: 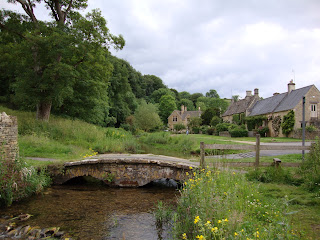 All in all, it was a good trip.  For me, anytime I visit a far-away big city like London, it reminds me of how small my slice of the world is, but also reminds me how important things like family and friends are.  So I jumped right in with a good hike and swim with the family yesterday and a great ride this morning with team Draper/Alpine.  It's good to be home.
Posted by Aaron at 10:30 AM

Cool pics. I am sure the exploring was fun just seeing where things would take you.