I got up yesterday planning on an early ride since it would be the only time I could get out all day. As I was rolling out of the garage, the door opened and Aubrie came running out. Alas, I could either bag the ride or load her up, so in she went: 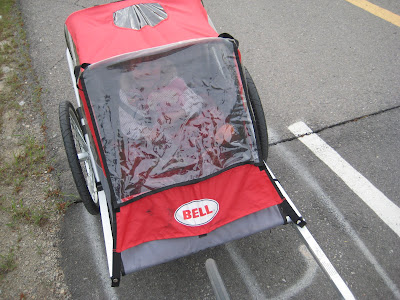 I call this resistance training not because of the extra 60 lbs that I'm pulling, but because Aubrie has a resistance to riding back there for more than 20-30 minutes at a time. And because she knows exactly where the 3 playgrounds are between our house and Vivian park: 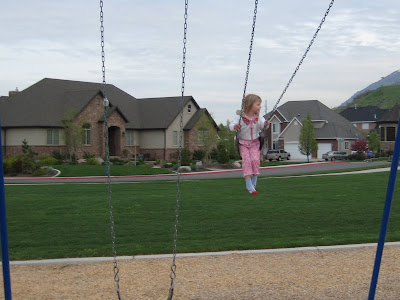 And by the way, can anyone explain to me what why these instructions seem to be so difficult for so many people to understand? 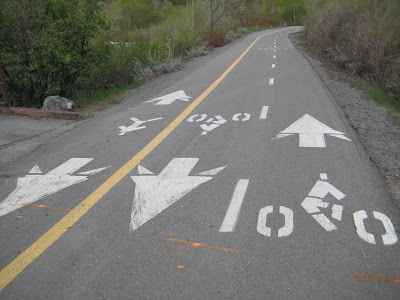 Anyone who has been up to the Provo River Trail knows what I mean. I promised myself that this wouldn't turn into a rant. So I'll stop now.

I realize that so far this has been one of those family posts that nobody really wants to read. Except for maybe my Mom (Like Watcher, I also recently found out that my mom reads my blog. Hi mom!). I'm pretty sure that my brother would even skip this post. So for the few of you who are still reading, I have a little story for you. It goes a little something like this:

After dropping her off, I started riding home with reckless abandon since the trailer was now empty. I rounded a right-hand turn, and it just so happens that without the added weight of a kid in the trailer, it becomes pretty unstable. The trailer flipped over onto its side, scraped on the ground for a while, and then flipped back over onto its two wheels when I straightened out.

When I looked back at the trailer to make sure I could keep riding, I noticed two ladies across the street who were out on their morning walk, and were spectators to the event. They both had horrified looks on their faces, and I realized that they clearly thought that there was a kid in the trailer (who rides around pulling a trailer without any kids in it, after all?).

I decided I'd better say something to them to put their minds at ease. So I hollered back:

I guess I'm lucky that bikes don't have license plates, because if they did, I think child services may have knocked on my door later that day.

Awesome story! You need to do that Halloween night around the neighborhood.

I did read it. Thanks for the shout out, though!

I did dump my girl over one time. Made me feel like the worst Dad ever. Too funny about your comment to the ladies.

You have me laffing with that story, that could go on You tube. Maybe we should set it up.

That's why they have seat belts in them, duh! My kids know it's just, if not more dangerous, in the bike trailer than in the car.

Down the Garden Path said...

Thanks for the LOL!