This post may have been a bit better timed a few days ago, but I kept forgetting to grab my not-so-universal-serial-bus cable for my camera. By the way, what is up with every company coming out with their own proprietary "USB" connections. Doesn't that sort of defeat the purpose? From now on, I'm only buying Canon cameras (even though they only last about a year before they go Kaput) and Blackberry phones (even if I won't be as cool as people with iPhones), just so that I can use one USB cable for both.

Rick's Helloween ride was awesome. I don't have much to add to what has already been said, except that i can't believe how fast Kyle, Kenny, Rick, Brandon, etc. took off up the dirt road while I felt like someone started a fire in my lungs.

Oh, and Rick hooked me up with this Salt Cycling jersey and a bag of CarboRocket after the race, likely because I was blasting some kick-A tunes during the ride:

I somewhat reluctantly gave the bag of CR to another deserving participant (one can never have too much CarboRocket), but there was no way I was parting with the jersey. I think my favorite two jerseys currently come out of Rick's Salt Cycling collection. So if you haven't picked one up yet, go grab one. Thanks for the hookup, Rick!

I also did some good documenting along the way: 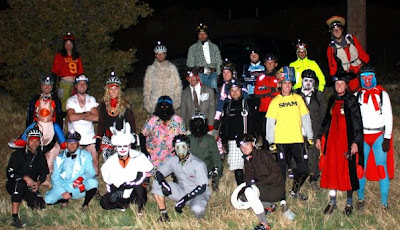 Fish, you're going to love this one of Dan/Kenny: 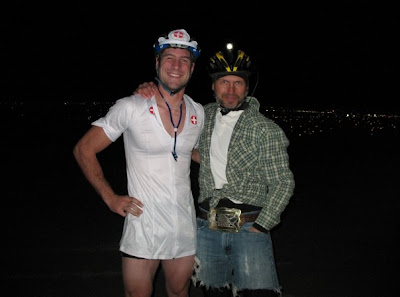 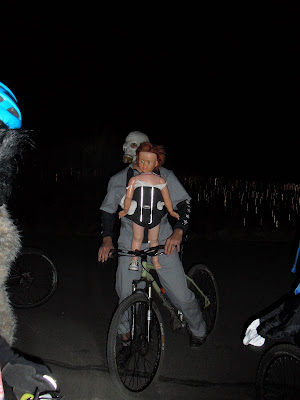 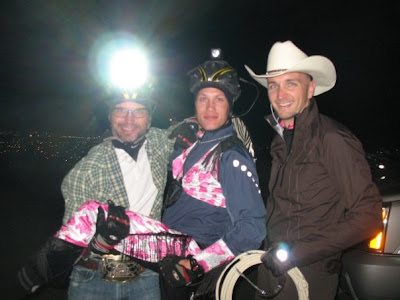 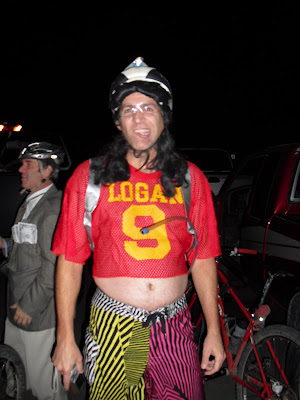 Ryan road the entire ride with this costume: Rick Madoff with yo money: 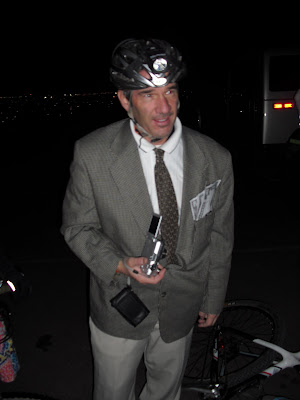 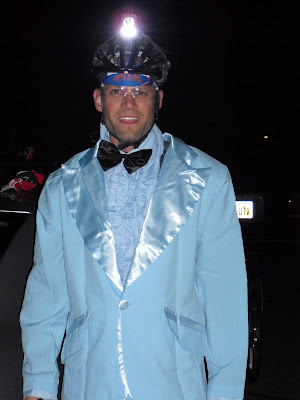 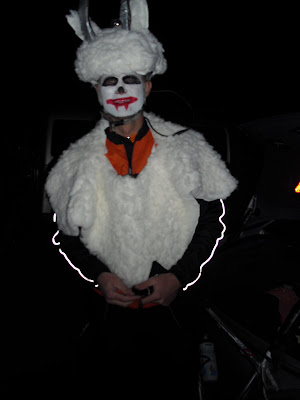 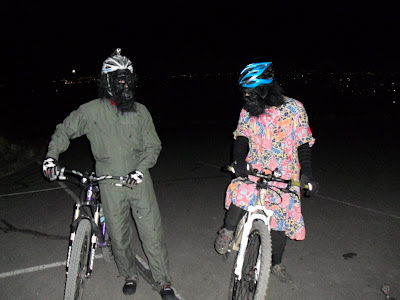 And I was rockin' out. Next time I'll bring extra batteries for the ghetto blaster: 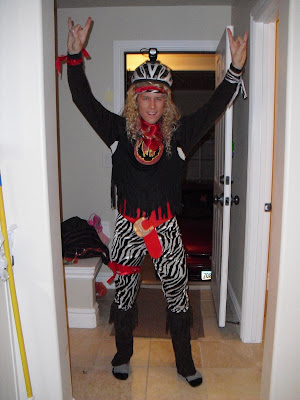 Bring the radio to fall moab.

It would not have been Helloween without you. Glad you came.

You forgot to mention your mad skills on the pipe move. I wish I would have filmed that.

Rick - I almost forgot to mention the jersey you hooked me up with, but I just edited in a quick plug for Salt Cycles. Thanks again! It will be sitting at the top of the stack for a long while, right next to my Masher jersey.

there are great rides, then there are GREAT rides. this one was neither. it was off the charts. i still can't believe you smoked the pipe in the dark.

Thanks for the plug Aaron!

Thanks for the photo of me, I think. I look hideous, which was the idea, but still.

Your costume and the tunes were great.

Your office culture sounds amazing! So what does a guy have to to get a job there? I bike (both mtn and road), backcountry ski, and am oh so pleasant to have around. oh, and I have 8+ years in the tech industry with experience from everything to support, product management, and software QA

Oh, this is brett, I was sitting next to you at dennys after the ride. And don't feel bad about loosing the sprint to Kyle. Now that we know how much caffeine he and dan go through when they race, we will just hook you up with a redbull IV drip and you will be in contention.

Seriously though, if you guys are hiring, let me know, it sounds like a fantastic place to work

My wife called and she wants her belt back. Top honors to the Twisted Sistah!

Brett, we'll be holding interviews on Monday at noon at the gun range. The interview will focus on your technical skills, your ability to ride, er... work, in a fast and efficient manner, and your ability to overcome the obstacles you encounter on the trail, I mean, during the product lifecycle. If you are interested in a "real" job, I'll keep my ear to the ground for you.

I should be able to make the noon meeting. hopefully you guys will be taxed from your "offsite" this weekend so I won't be a blocker at your standup/scrum.

on a serious note though, I am actually looking to make a shift in employment come spring time so if you do hear of anything, i would appreciate it.

Hey Brett - sorry we missed you today. Our ride was postponed till 12:30. I saw your truck in the parking lot and felt bad I couldn't get the update to you. Shoot me an email (you can find it in my profile) and I'll let you know when the next ride will be.